All of the of inputs and outputs associated with a Package's model are stored in a single file (with an extension of .ssim). This file is referred to as a SyncroSim Library.

When a Library is first created (using the New Library option on the File menu), SyncroSim automatically creates the database schema (in SQLite format) required to store all the inputs and outputs required by the Package in the Library file. The inputs and outputs of a Library are organized into Datafeeds. Most often each Datafeed consists of a single table of data (called a Datasheet), although there are times when it makes sense to combine several Datasheets into one Datafeed.

To illustrate this concept, in the example shown above we show two hypothetical Libraries in the SyncroSim Library Explorer: Library A and Library B. We have further divided Library A into two Projects: Project A-1 and Project A-2. Each Project, in turn, contains a number of Scenarios.

All of the data associated with a particular library are organized into Datafeeds. There are three types of Datafeeds: 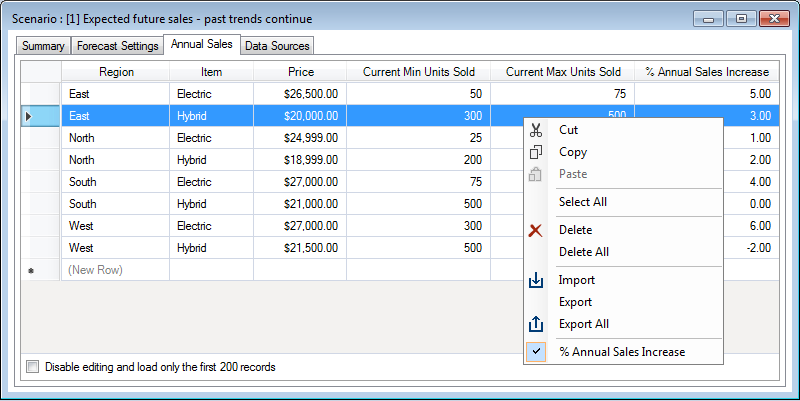 By default an empty Library always starts with a single Project named Definitions and a single Scenario named New Scenario.

To help keep your Library organized, both Projects and Scenarios can be further organized into nested Folders in the Library Explorer using the New Folder... option on the Edit menu.