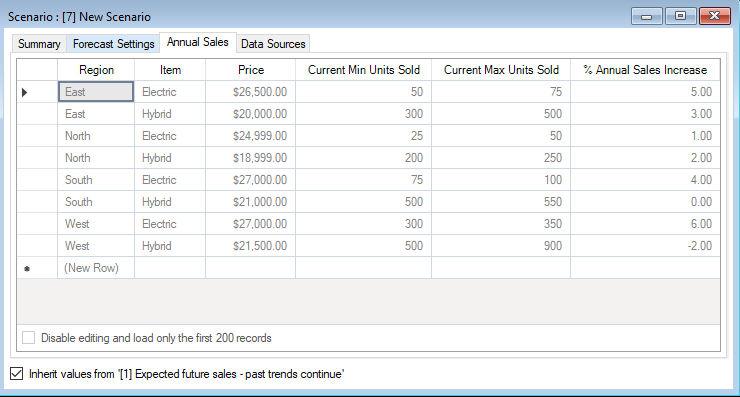 As shown above, opening the New Scenario shows that the *New Scenario - even though it was previously empty - has now inherited all of the Datafeed values from the existing Expected future sales - past trends continue Scenario.

Datafeed values will not be inherited from the Source Scenario for those Datafeeds for which data already exists in the Target Scenario.

You can change the priority of a Source Scenario by dragging it with your mouse to a new position in the Dependencies subfolder.

You can create and prioritize Dependencies in a single step by dragging Scenarios directly into the desired position in the Dependencies list.

If you open a Scenario, the last tab - called Data Sources - summarizes information regarding all of the Scenario's dependencies.